With Airs name established to be called ancient monument - building located in the northern foothills of the Acropolis of Athens , on the site of the Roman Forum in Plaka . This monument whose official name is Clock Tower of the Winds, considered that the erected by Andronicus Winds (or Kyrristos), hence the name. This octagonal marble building without columns, where the same number of fronts brought relief eight principal winds, hence airs.It has two doors, one to the north and one to the west. 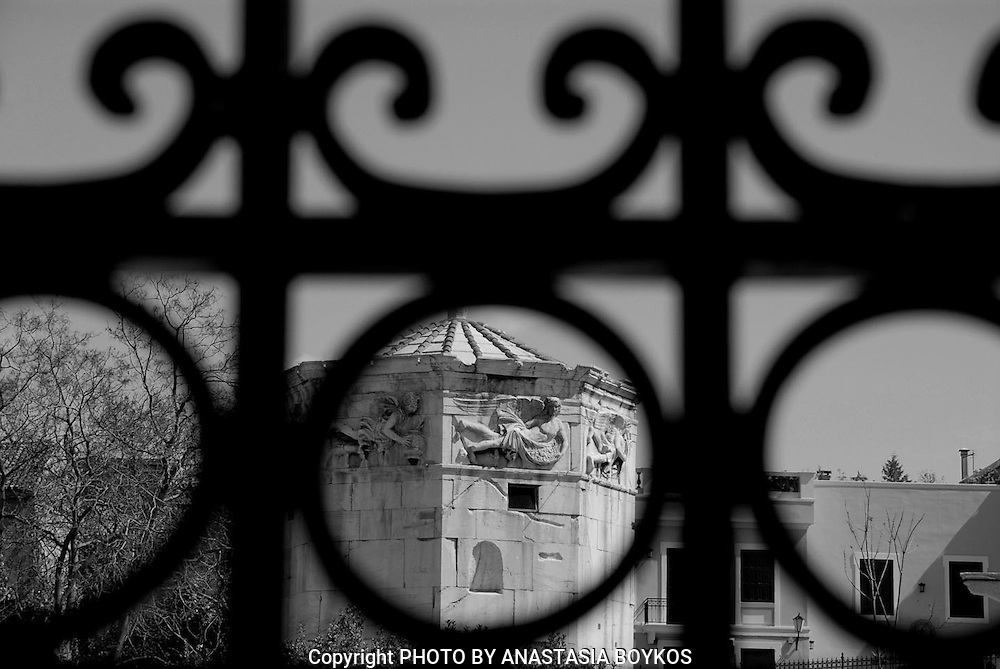